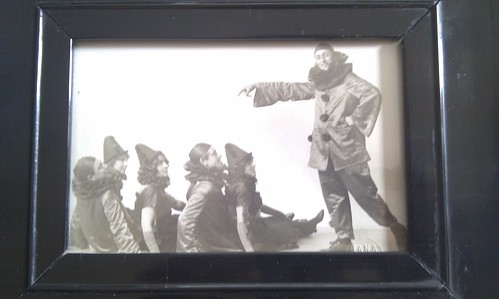 Almost a hundred years ago, my great grandparents (my father’s father’s parents) were in The Gnomes, a group of London-based vaudeville entertainers.

My great-grandfather, Edgar Sidney (standing on the right in this photograph), directed the group. He wrote the words for the “humorous song” I’m going to grow a moustache (photo of front cover).

My great-grandmother Gertrude Clive (second from the left in the photograph), was an accomplished piano accompanist.

The full line-up of The Gnomes (from photo of hire sheet):

If anybody has any further information about The Gnomes (sometimes also known as The Merry Gnomes), it would be great to hear from you.